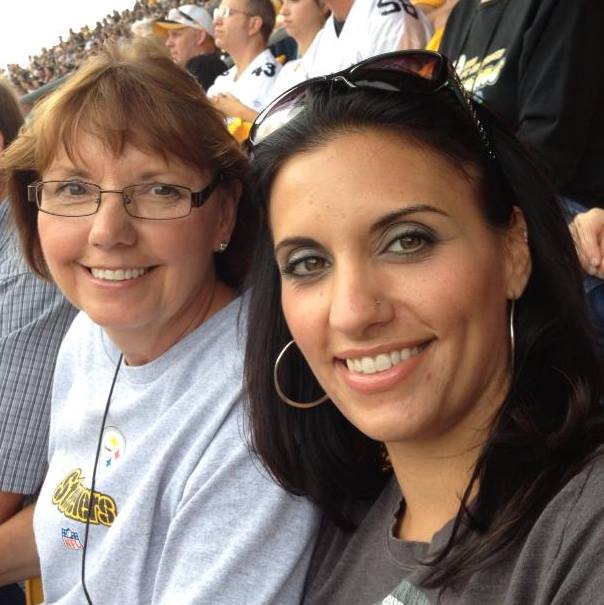 A few days ago, we celebrated the life of Diane Schultz, my Mother In Law. On March 12, just before midnight she passed away at the age of 64 after a long battle with cancer that lasted 28 years…that’s almost 3 decades. As long as I have known Diane, she has been in her battle at one stage or another. She literally lived in the “shadow of death” for almost half of her life.   She was a fighter in the truest sense, like few people I have known. However for much of that time you wouldn’t have guessed she had cancer just by looking at her. On the surface, she seemed so healthy and beautiful but on the inside the disease was breaking her body down. Of course, towards the end it was the hardest, when we could finally see the affects on her physically.

It has been particularly hard on all of us but most of all on my wife.   Bianca has watched her Mother decline over the years and these last few were from a distance, on the mission field in Panama. As you might imagine, it has been very hard. Feelings of guilt, sadness or frustration have been a constant struggle for her specifically. However there is an incredible list of great things that have come to mind in recent days as well, specifically concerning the story of Diane’s life.

When I think about how cancer was destroying her body, I also can’t help but think of another body that was building her and others up at the same time. It would not be a stretch to say that Diane had been an international prayer concern for many years. We knew for a fact that, people from the USA, Panama, Costa Rica, Russia, Belarus, Puerto Rico, Mexico, Brazil, Korea and many other countries have prayed for her! All the people that have known us have also known about Bianca’s mom and carried her in their prayers before the Lord for a long time.

As things were getting visibly worse around Christmas this year for Diane, it was believers that stepped up and paid our way home just to see Diane one last time. We had prepared ourselves for a funeral but God had other plans. Diane actually rallied back while we were there and we ended up spending precious time with her for over two weeks. Those turned out to be our last moments to see her alive. We were able to hug her. Talk with her. Pray with her and enjoy her as a family thanks to the Lord and the generosity of his people, the Body of Christ.

The night she passed away we received the news within minutes and the next day we purchased a plane ticket for Bianca from Panama. Though we ourselves did not have the money to send her, I had made a promise to my wife that at the very least; she would go home for her mother’s funeral. We had accepted that she would go alone though we were not happy about it because of how hard that would be. Then a few hours after we made her flight arrangements, another Christian family stepped forward to help the boys and I fly home as well to be at Bianca’s side during this past week. It was a tremendous, unexpected surprise. Then as if that were not enough, that same family loaned us their vehicle for the week as well. We were astounded – again!

Finally the day of the funeral service came and it was naturally packed with emotion. We were so thankful to see so many people that we love, turn out to honor the life of Diane and grieve with us. Our feelings fell between grief and relief while we cried together and celebrated her life. At the end of the funeral, another Christian man came forward and gave me an envelope that contained cash that sufficiently covered Bianca’s plane ticket. We are honestly overwhelmed at God and the Body of Christ.

For all that can be said against the Church regarding all its’ failures, sin and hypocrisy, I can tell you that it is something amazing to behold when the Body of Christ is building itself up! My friend, Ron Moore has remarked on many occasions “Nothing works like the church when the church is working right!” And I completely agree. We have witnessed in the life and death of my Mother In Law, just how awesome God can be through his Body on earth – the Church. We are still praising God for all that happened this past week and will always cherish the privileges we have been given through our glorious Heavenly Father in and through his Body – The Church.

If you, your church or someone you know would like to partner with us and support us in ministry click the link below: Thanks and God Bless!

Support The Fowler’s IN Panama

View all posts by followingthefowlers